Experts say that the average lifespan of a laptop is three to five years. However, it can be extended or reduced based upon how much and how well you take care of it.

Laptops are the must-have devices for working people as it allows you to conveniently manage data and do lots of operations right in front of your eyes.

Laptops became famous due to their portability and their prolonged battery times. It is said that a laptop’s age depends on several factors.

One factor is its quality of hardware and the type of usage. For instance, some people use it for high-end tasks like gaming, graphic designing, video editing, etc. Furthermore, a laptop’s longevity depends on one essential factor, which is the user’s willingness to care for the product being used. 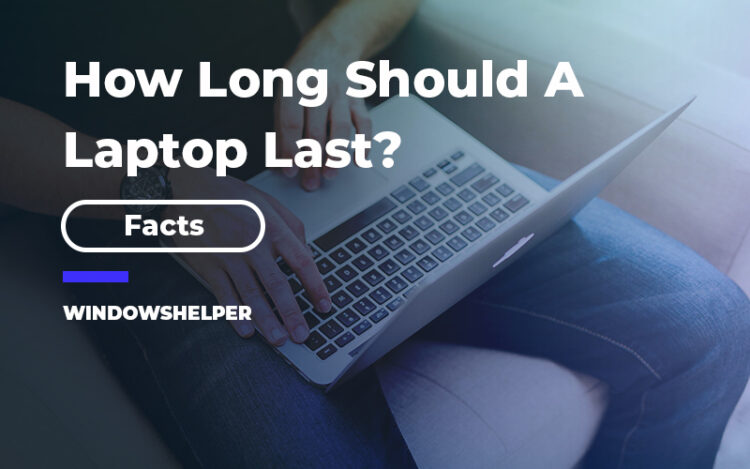 It is typically observed that some people can use a laptop for three years, whereas another user uses the same laptop for more than five years. Apart from this, some manufacturers build high-end processing units, rams, motherboards, however, still, their laptops aren’t able to last longer. Whereas, there are manufacturers that produce low-end units with lesser storage and performance, yet their products last much longer.

So another factor that counts is how well a system is produced while manufacturing. Technically speaking, you must have heard that the world is focusing on wireless technologies. However, if one speaks of speed and limits, the desktop computer beats the laptop at every cost, and usually, desktop computers are more hard-core in terms of their value.

There are many types of laptops, but during research, we have found that Best 2 in 1 Laptops last more than standard laptops. So it is preferable to buy 2 in 1 laptop. There are many benefits of buying it as it lasts long & 2nd is that you can use it as a tablet also.

Many users complain that their laptops are not working the way they used to before. This is because of a couple of factors that the users are unaware of. Experts say that it is frequent dust that often slows the pc/laptop.

Therefore, one needs to have timely checks and get laptops cleaned. Also, it is said that laptops usually last for a lesser time because they are built in a way that they are sensitive to too much pressure and burden. With the increasing modernization, tasks have become more complex and require higher maximum speeds.

The laptops with our ever-increasing burden of files and folders are unable to perform at its optimum level and gradually fades in terms of performance. This leads to its decline until it becomes a waste. It is to be noted that your laptop is expected to last longer if you clean it timely, if you burden it wisely, and if you make sure to take care of it in every way you can.

Also, one needs to take into account that a laptop doesn’t have to last very long. Instead, it is essential to identify whether its lifespan had ended or not. This way, one can quickly stop holding onto the same device and instead look to buy a new/used device that can handle the tasks at hand effectively.

Adding to that, one also needs to be appreciative of owning a laptop as many still use a desktop computer for their everyday tasks without having the ability to use it anywhere they like. Lastly, a laptop is going to benefit if you are looking to buy a new one, as it still is a favorite choice for most users besides the heavy performance of desktop computers.